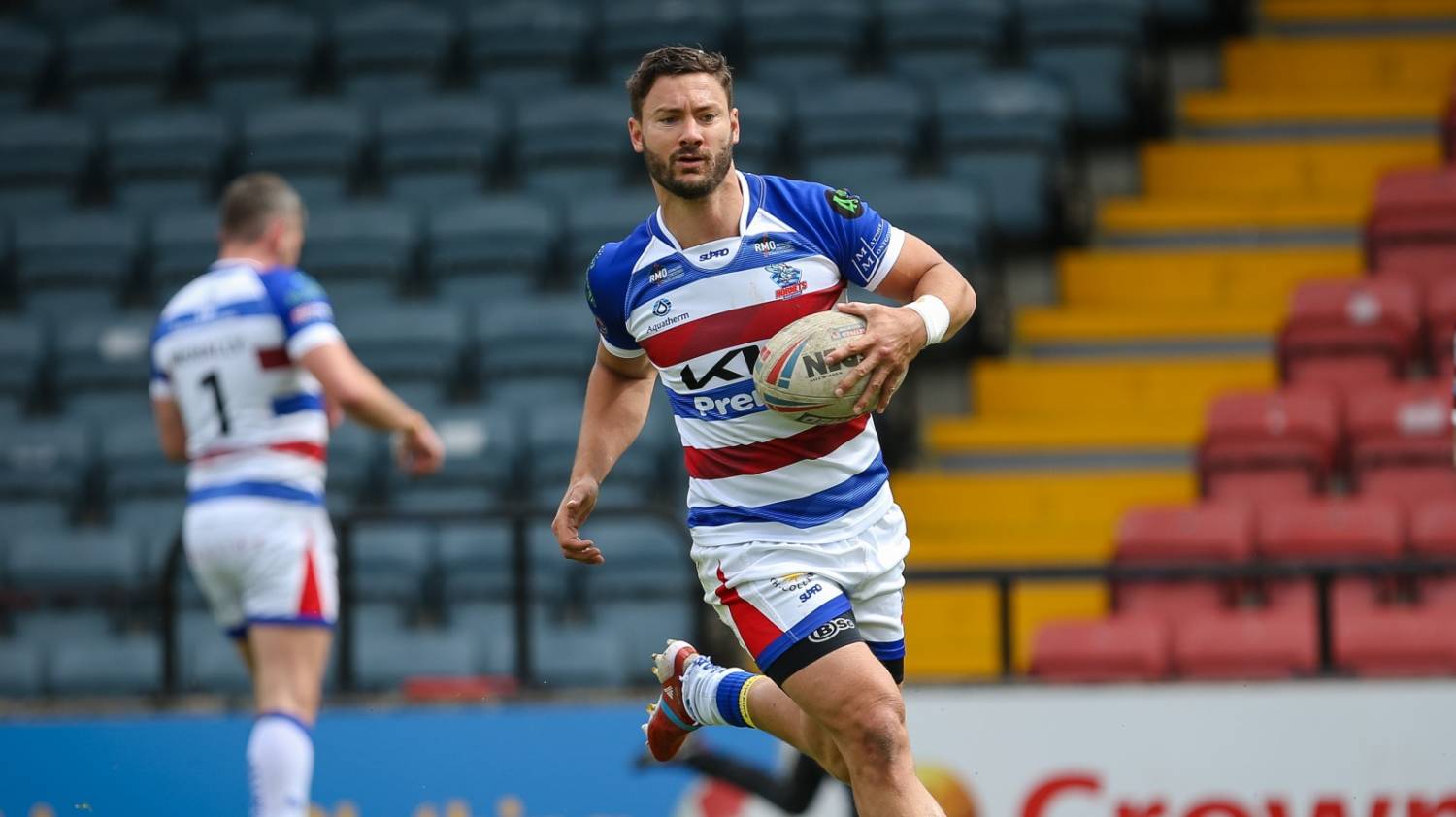 Hornets trailed early in the second half but ran in five tries, in the final 25 minutes, to see off the threatening South Yorkshire side.

It was the visitors who started the stronger of the two teams, with The Dons’ physicality evident from the outset.

Leon Ruan was held up in-goal just minutes into the game, but it wasn’t long before they scored through Aaron Halliday – the right-wing diving in acrobatically to touch down.

As they did the previous week, Hornets hit back quickly with the Rangi Chase and Gregg McNally link-up proving fruitful once again.

When the 2011 Man of Steel put McNally through a gap, the fullback found Jy Hitchcox who raced in for his first Hornets try.

It was then the turn of Chase’s halfback partner, Lewis Sheridan, to show his skill.

With Hornets probing again, the scrum-half nudged a deft grubber kick into the in-goal area where Ben Calland was on hand to dot down.

Jason Tali then hit back with a try of his own, after the visitors benefited from a set restart, but they were soon left to rue their ill-discipline – when Benjamin Matiou was sin binned for kneeing Ben Killan.

Having been the recipient of two yellow cards in Round 8, Hornets made sure they took take advantage this time around.

Hitchcox and Calland would double their respective tallies, while the Yorkshire side were down to 12, with Chase and McNally pivotal in both build-ups once again.

However with Doncaster back up to their full compliment, Aaron Hobson-Ollett would go on to score their third try – on the brink of half time.

Connor Robinson would add the extras, meaning that Richard Horne’s side went in just four points behind at half time.

Again Hornets were slow to start the half, and Doncaster moved back into the lead just five minutes in.

Aaron York’s try was soon followed by another from Kobi Poching, with the stand-off capitalising on a Hornets knock-on to do dot down under the posts.

With momentum now firmly with the visitors, Matt Calland’s side rallied and hit back with a score of their own - through Sheridan.

Wales international Cobi Green, on for the injured Cian Tyrer, broke the line well and picked out Sheridan who was left with an easy run-in.

Another interchange then came to the fore, in the form of Joe Taira; the powerful Fijian burst through the Doncaster defence before putting in Connor Aspey for his first Hornets try.

Now back in the lead, Hornets surged on and just three minutes later Hitchcox completed his hat-trick with another slick team try.

Rochdale hammered home their advantage with two tries in the final 15 minutes, through Ben Forster and Green, to come away with a hard-earned 46-28 victory.