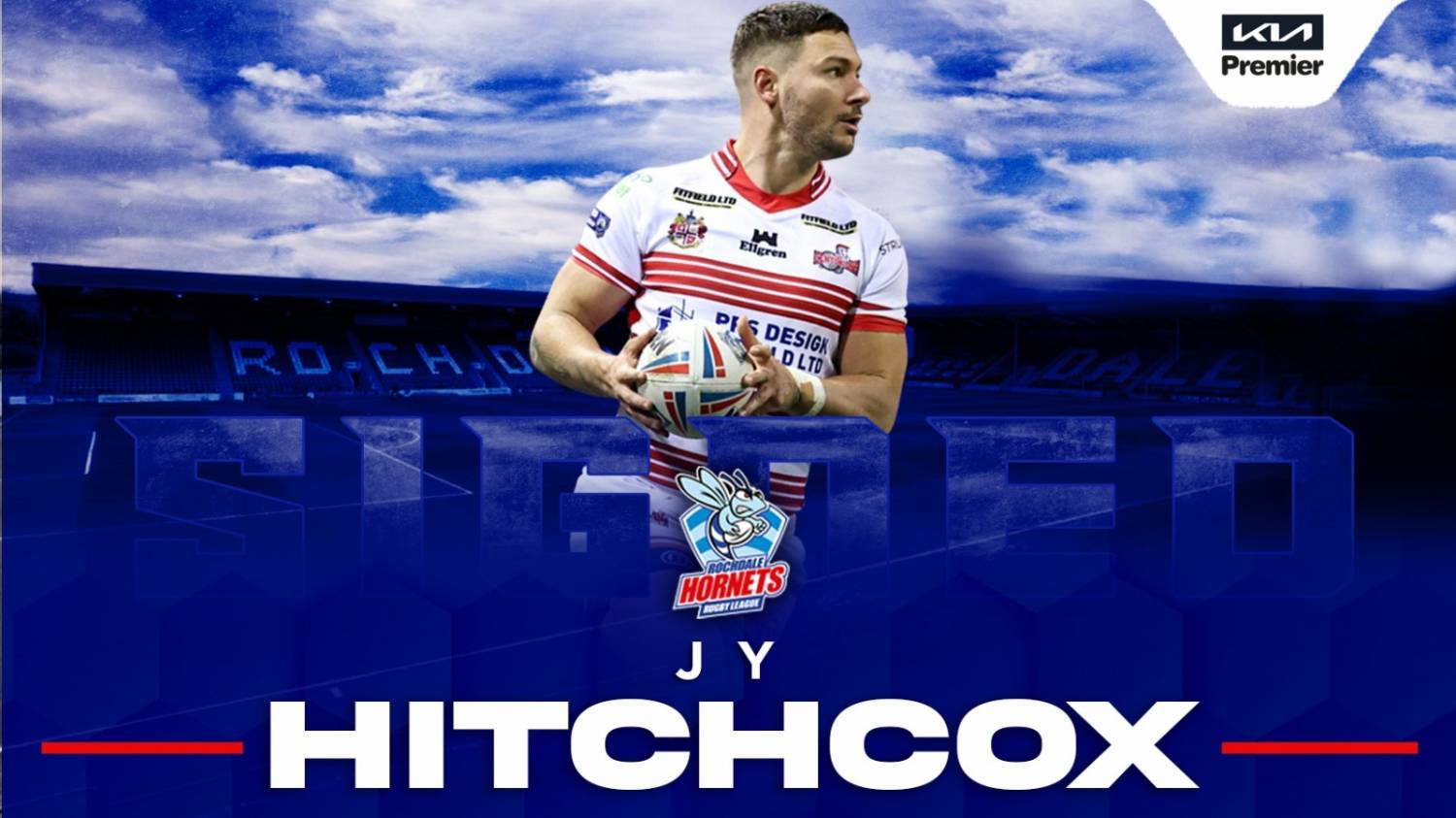 Rochdale Hornets is proud to announce the signing of Jy Hitchcox from Leigh Centurions, on an initial two-week loan deal.

The signing is Hornets’ second in just five days after bringing in Fenton Rogers from Huddersfield Giants last Friday.

The 32-year-old adds yet more attacking threat to a side that has already scored 314 points, in just seven League 1 games this season.

The Australian brings a wealth of experience with him as well, having represented the likes of Wests Tigers, Castleford Tigers, and Bradford Bulls.

Hitchcox was pivotal in Castleford getting to the 2017 Super League grand final, and winning the League Leaders’ Shield, scoring 21 tries in 26 games.

Since then, the winger has also plied his trade at Toulouse Olympique and helped the French outfit achieve their first ever promotion to the Super League last season.

Hornets chairman, Andy Mazey, is thrilled to have signed someone of Hitchcox’s calibre.

He said: “We are absolutely delighted to bring a player of Jy’s quality to Rochdale Hornets.

“Matt has been keen to strengthen his backline options and you only need to look at Jy’s try-scoring record, in Super League and the top end of Championship, to appreciate how big of a coup this is for Hornets - and the League 1 competition as a whole.

“I would like to personally go on record and thank Chris Chester, and Derek, at Leigh for their support on this one.”

While Hitchcox’s deal is only a short-term one, through his career he has demonstrated his ability to hit the ground running and is the only player in history to score on debut in all tiers of professional rugby league - in both hemispheres.

He’ll be hoping to maintain this unprecedented record when Hornets make the trip to Keighley Cougars this Sunday (3pm kick-off).