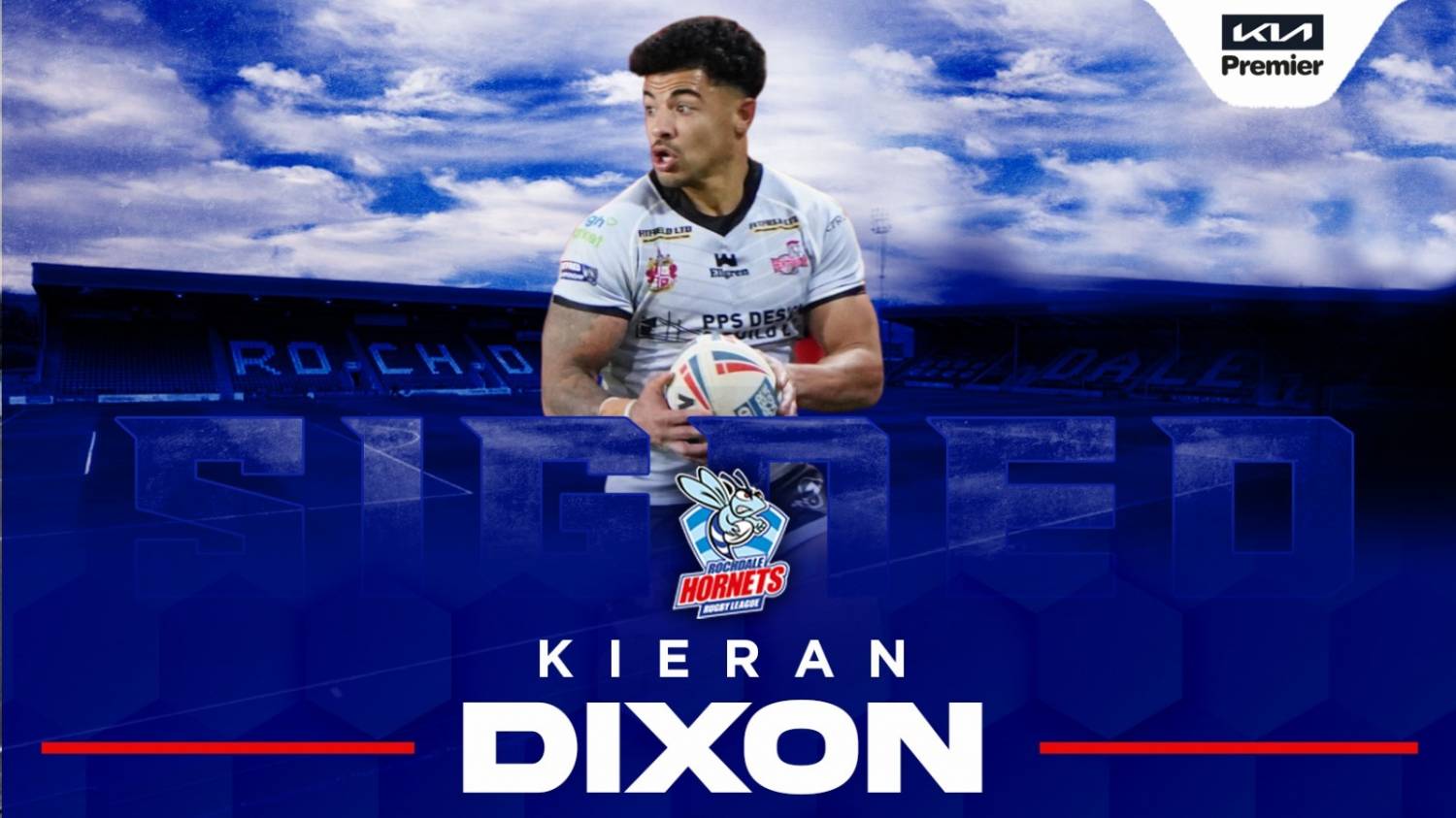 Rochdale Hornets is delighted to announce the signing of Kieran Dixon, on an initial two-week loan, from Leigh Centurions.

Dixon brings with him a wealth of experience having represented both London Broncos - and Hull Kingston Rovers – at Super League level.

The outside back’s scintillating speed helped him score 97 tries, in 136 appearances across two spells, at Broncos including the 2019 Super League season where he was top point scorer for the London side.

In his time at Hull KR the now 29-year-old ran in 29 tries in 39 games, including four against Bradford Bulls which secured Rovers a place in the top-flight for the following season.

Hornets Chairman Andy Mazey is delighted to have got the deal over the line.

He said: “Kieran is lightning quick and knows his way to the try-line, so his arrival really strengthens Matt’s selection options.

“He has a lot of Super League and high-end Championship experience and will come straight into contention for Sunday’s trip to Swinton.

“I would personally like to thank Chris Chester and Derek, over at Leigh, for their support on this one.”

Hornets will be hoping that Dixon’s arrival will provide a real boost ahead of Sunday’s crunch match, between two promotion contenders.