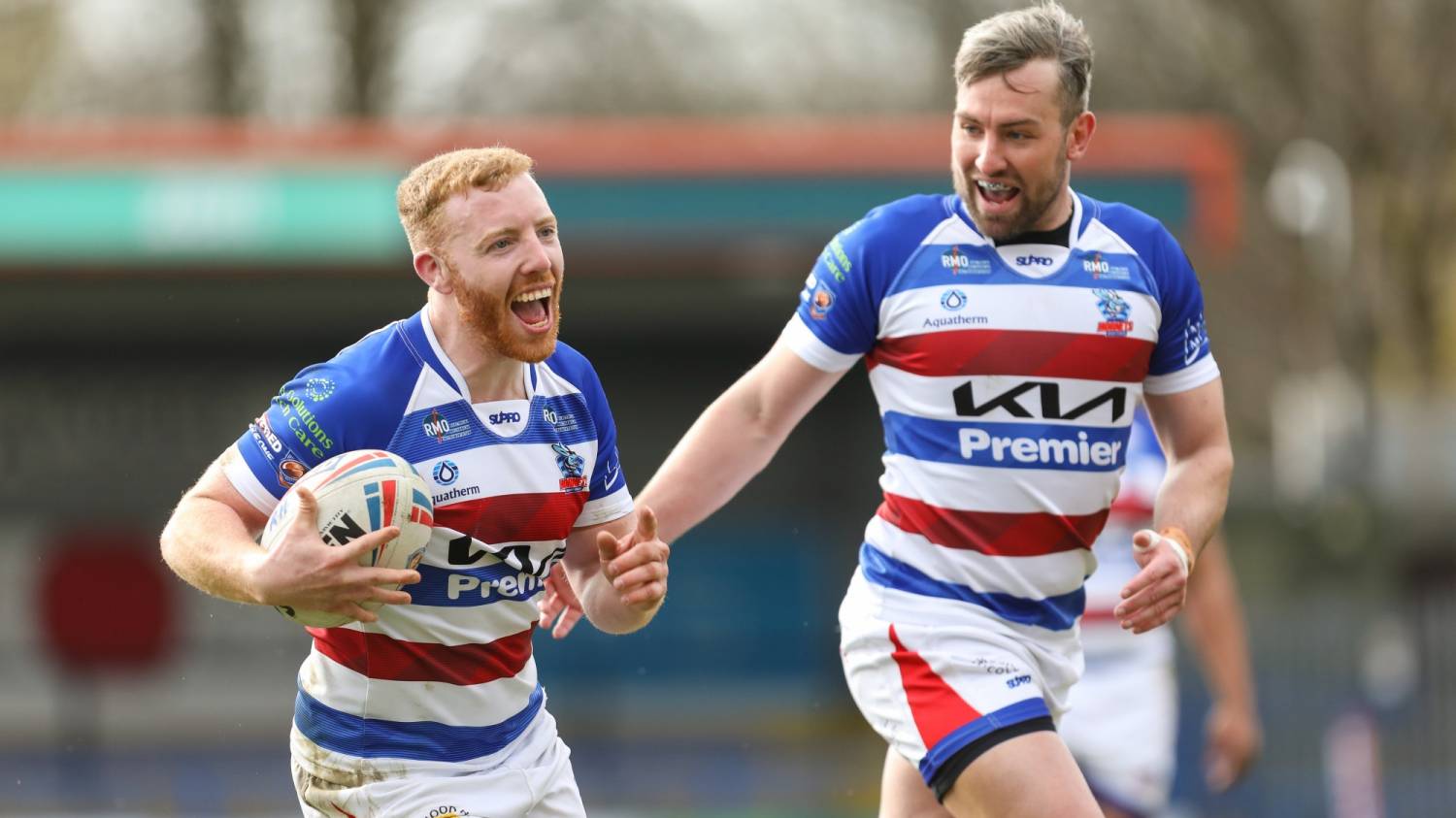 Rochdale Hornets scored nine tries for the second week in a row, en route to a 44-20 victory over Hunslet.

The win sees Hornets move up to third in the early stages of the Betfred League 1 season, having scored an impressive 130 points in their first three games.

However it was the visitors who started the game the stronger of the two sides, putting phases together deep in Hornets’ half.

After a call of six again, by referee Michael Mannifield, Hunslet won a penalty and opted for a shot at goal.

Joseph Sanderson slotted the kick to take Hunslet into an early 2-0 lead.

It wasn’t long before they added to their tally either.

Harvey Hallas broke the tackle of Callum Marriott, before finding Sanderson who ran in under the posts.

The scrum-half converted his own try to leave Hornets with plenty of work to do.

However, Matt Calland’s side hit back some three minutes later with Paul Brearley dotting down in his first league outing of the season.

From there, Rangi Chase assessed his options and found Zac Baker who dived in to take Hornets into a 10-8 lead after 15 minutes.

Jack Render followed this with a try for the visitors, which was soon cancelled out by Baker’s second try of the afternoon – the second row powering over from close range.

Sheridan slotted the kick to move Hornets into the lead once more.

Dissent from Ethan O’Hanon following the conversion, meant that Hunslet were reduced to 12 men for the next 10 minutes.

The hosts capitalised on this advantage almost immediately with Ben O’Keefe going over for his first Hornets score, before Sheridan got a try of his own with some typically slick footwork.

This gave Hornets a 12-point lead going into the break.

O’Keefe, playing in first game since signing for the club, and Sheridan would continue to be influential as the second half got underway.

A line break from the Wigan Warriors loanee, followed by a superb offload, put Sheridan in for his second try who would go on to add the extras.

With 53 minutes on the clock, it was then O’Keefe’s turn to add to his try tally as Hornets surged into a 36-14 lead.

As the game began to get away from Hunslet, frustrations crept in with James Watson being sin binned for a shoulder charge on Dan Nixon.

Things got worse for Alan Kilshaw’s side when Kiedan Hartley was red carded for two consecutive instances of dissent, towards referee Mannifield.

Hornets capitalised on the man advantage once more with Gregg McNally and Ben Forster going over late on, to put further breathing space between the two sides.

Hunslet hit back with a consolation try just before the hooter, with Watson crossing the whitewash to bring the final score to 44-20.

The win is Hornets’ second in as many games, and they’ll be desperate to make it three in a row when they host local rivals Olham on Friday (3:00pm kick-off).