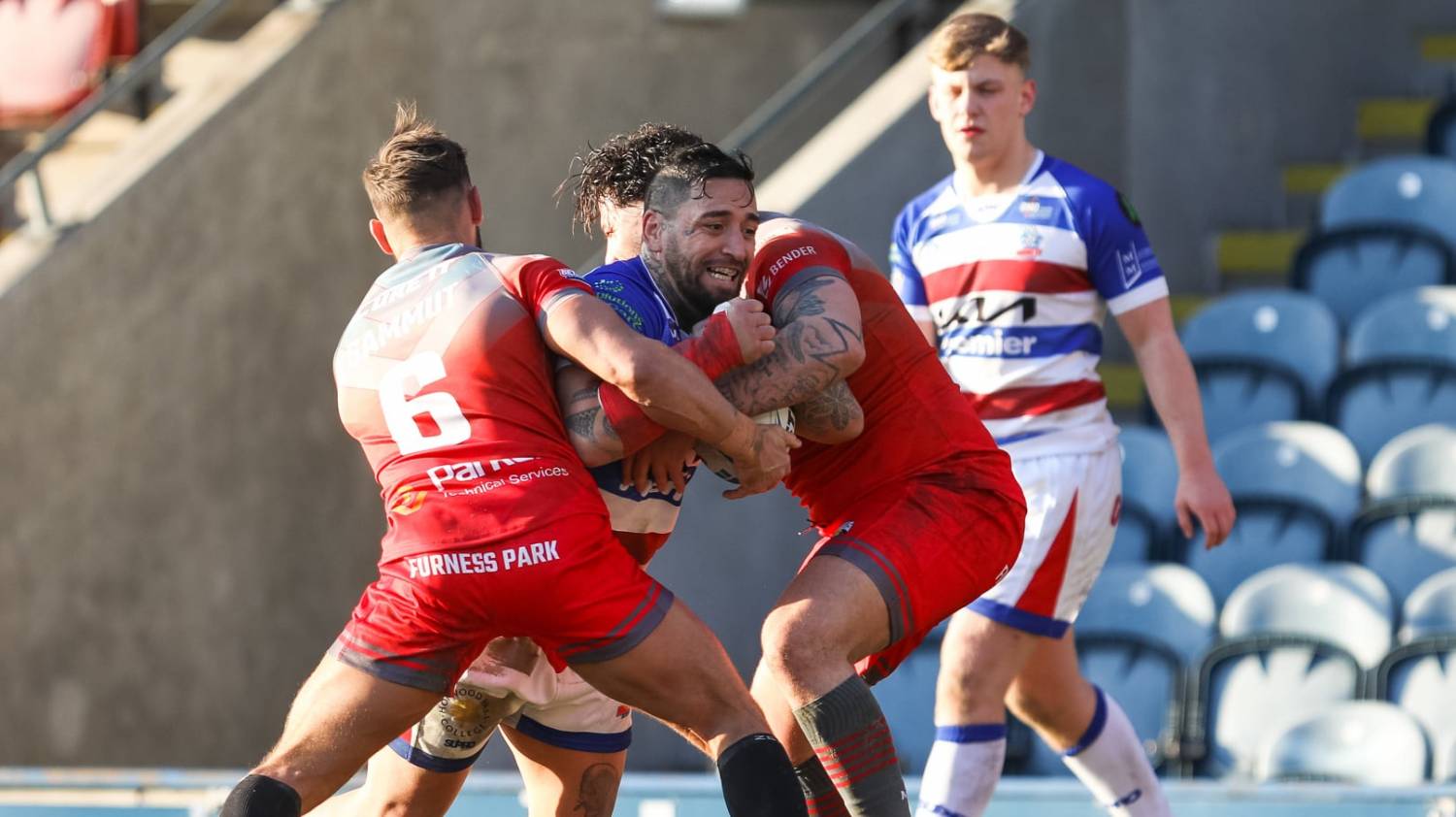 Rochdale Hornets were knocked out of the 2022 Betfred Challenge Cup, after a 38-12 defeat at the hands of Championship side Barrow Raiders.

The visitors have settled well into Championship life following their promotion last season, and came into the game as favourites having won their first three league games.

It didn’t take them long to get into their stride either, with second row Thomas Hopkins bursting through two tackles to dot down under the posts after five minutes.

Hornets looked to have sparked into life some ten minutes later after two superb offloads, from Rangi Chase and Tom Ashton respectively, set Cian Tyrer free on the left wing.

However, Lewis Sheridan was then deemed to have obstructed a Barrow player and a penalty was given to the Cumbrian side.

Hornets’ task of beating a league-above side became more difficult after Joe Taira was sin binned for a high tackle after 18 minutes.

Paul Crarey’s side capitalised on this, scoring two tries in the space of four minutes.

The first of those saw Anton Iaria crash over in almost a carbon copy of the first try.

And then it was the turn of Daniel Toal to get on the scoresheet after a superbly worked move put him in, in the corner.

Centre Ryan Shaw missed his first kick of the afternoon to leave the score at 0-16.

Not long after Hornets returned to their full compliment were they back down to 12 men, after Zac Baker was also sin binned for a high tackle.

Despite this, the hosts pushed on with Taira scoring from close-range on the stroke of half time.

Sheridan added the extras to reduce the deficit to ten.

Matt Calland’s side continued to pile on the pressure as the second half began with Sheridan being held up in goal.

However, they were dealt a killer blow soon after when Tee Ritson intercepted a promising attack and went the length of the field to score under the posts.

It wasn’t long before last season’s League One leading try-scorer was in again either, as he intercepted Sheridan’s searching pass to give himself an easy run-in to the try line.

Hornets’ incomplete sets continued to provide attacking opportunities for the visitors and with 23 minutes left on the clock Toal doubled his tally for the afternoon.

The men in red, white, and blue hit back almost immediately however after a deft grubber kick by Chase saw Callum Marriott cross the whitewash for his first try of the season.

It was too little, too late for Rochdale though with Raiders extending their lead eight minutes from time.

Toal came up with an excellent read to thwart another Hornets attack, and went the length of the pitch to score his third try of the afternoon.

So, Hornets’ Challenge Cup run has come to an end 100 years on from their famous triumph in 1922.

However, there are plenty of positives Calland and co. can take from the game as they prepare for their opening league game of the season with North Wales Crusaders on Sunday 27th March.